Hold your breath; this is Nutmeg the cat, a 31-year old cat, probably the oldest living cat in the world. Cats are not known to have a longer lifespan. They tend to live for not more than 20 years, especially if they are indoor cats.

Stray cats and cats that venture out don’t live longer, but it is very surprising to know that a tabby cat can live for 31 years and counting. Nutmeg celebrated his 31st birthday very recently, which is equivalent to 141 in human years.

Nutmeg the cat has the distinction of being the oldest living cat in the world. This 31 year old tabby from Newcastle, UK started his journey as a stray cat and was found in the backyard of his owners Liz and Ian Finlay some 26 years ago with a lump on his neck under a wheelbarrow. They somehow managed to get him inside their home to clean his abscess. He is the life of this house, is absolutely gorgeous and completely rules the house, according to the Finlay’s. The Finlay’s adopted the cat in 1990 as a stray. He then went on to create a good bonding with their pet cat, Spice.

The Finlay’s got this stray cat to the local cats protection centre to treat his abscess on the neck, where they were told that Nutmeg was an adult and is at least five years old. This makes Nutmeg a 31-year cat, the oldest cat in the world to qualify for the Guinness Book of Records, but for the certification the owners have to prove his age by providing certain documents, which can be quite difficult, but they are trying their best to arrange the same. The Finlay’s celebrate Nutmeg the cats birthday every march as they found the 31-year old cat in March. The couples have treated him as their child as they themselves don’t have any of their own.

Nutmeg The Cat Health and Breed

Nutmeg is a tabby cat with a loving, caring nature and a naughty streak. He enjoys his sleep, feeds and playtime with kids and family. According to his owners, Nutmeg owns them and always reminds them of this, which is why they feel he has survived for 31 years. He has been very well taken care of by the Finlay’s. Nutmeg the cat even has a separate room in the house. It is his attitude of not giving up and enjoying life to the fullest is one of the reasons for his good life span. Cats usually hate loud noises, but this is not the case with Nutmeg, he enjoys every bit of it.

Nutmeg is deaf in one ear and has only three teeth left, but Nutmeg is very strong and has successfully come out fighting from a serious ailment. Nutmeg the cat suffered a seizures last year and came out strong after spending few days at the hospital even though the doctors suggested the Finlay’s to consider putting him down. The Finlay’s did not give up and wanted to give Nutmeg a chance and by Gods grace, this 31-year old cat has come out healthy, though age has taken its toll on his health.

Due to his age and health factors, Nutmeg doesn’t venture out of the house as he has no road sense after he suffered from stroke last year, but his happy and playful nature has not diminished. He still comes every morning at 5am from his room for his feed, and his wish is always granted by the Finlay’s. He likes to feed on tuna, hot roast chicken and cream. Despite having only three teeth, Nutmeg the cat loves his chicken and will stand near the fridge door every day when he is hungry.

Allowing him to be a cat and providing ample love and care has had a positive impact on his health. According to his owners Nutmeg is spoilt rotten and is very young at heart. He has been very well taken care of and is still going strong. Although age does take a toll on the behavior, he is grumpier now and his meow sounds more like a growl. He is like an old grandpa. He is very gentle too. 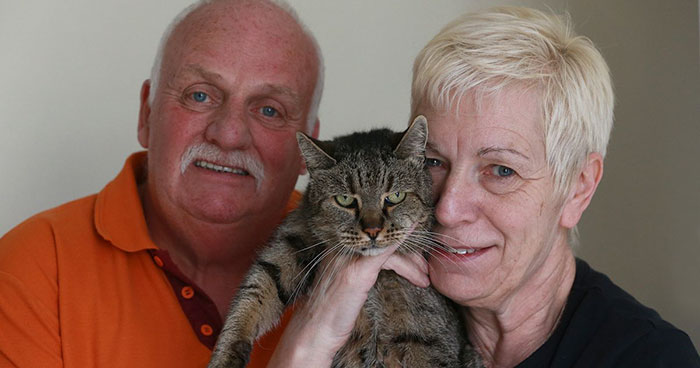 Good health and your cat’s lifespan

Cats can live longer if they are fed nutritional diet recommended by a vet, allowing them to have ample opportunities to exercise and a lot of love. If you give your cat a stable, caring, interesting and a lovely home environment, an indoor cat has the ability to live longer than their average lifespan. Attention and companionship aids in stimulating their physical as well as mental health, playing with them regularly will provide them ample opportunity to exercise, which is essential to ward off any serious lifestyle related ailments. Touching, petting and even communicating with your cat will have a positive impact on their physical and emotional wellbeing. 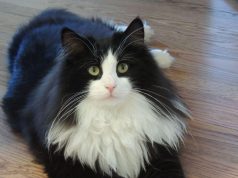 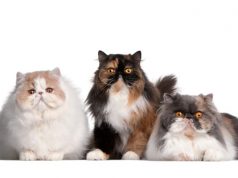 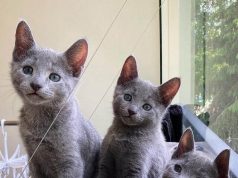